The store will not work correctly in the case when cookies are disabled.

Due to Covid-19 and Brexit, and their impact on manufacturing and shipping, we have taken the decision to temporarily suspend purchasing on this website. We are sorry for any inconvenience.

Skip to the end of the images gallery 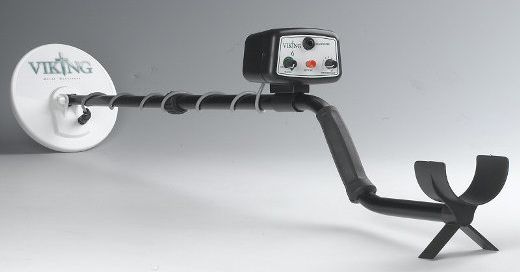 Be the first to review this product

Recommended for All Users

Recommended for All Users

When comparing the features provided by the VK6 against the competition, it will show just what excellent value this metal detector is.

Being a non-motion metal detector, tuning is required. The Viking VK6 metal detector ensures you need only do this once when you first switch the detector on. The retune button is used to automatically restore the correct tuning level in case of drift. The reject control can be used to make the metal detector ignore lower quality metal targets, reducing the number of unwanted objects detected.

The versatility of this detector ensures it is literally a 'Go anywhere' metal detector, whether that is the beach, parkland or iron contaminated sites. This Detector has also been used very successfully on the beach where the careful setting of the reject control can be used to counteract the common reaction metal detectors often have to wet sand and salt water.

The VK6 Metal Detector User Manual is available to download under the 'Manuals' tab on this page.

To enjoy your new Viking VK6 Metal Detector and to get the best use out of it, please take a minute to download it.

This will enhance your use of the Metal Detector and will make sure that you have hours of fun Treasure Hunting.